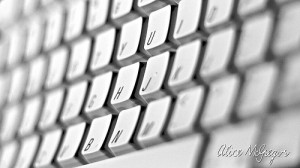 Much of the social media, SEO and marketing writing that I have done has been under ‘ghost writing’ contracts, where the authorship of the writing I produce is passed to the client. This means that I cannot link to it or claim it as my own. You can rest assured that if you hire me under those same circumstances, my discretion is assured.

However, the links below show some of my other social media writing elsewhere, where I have maintained ownership of the work. You can also see examples of my writing on other subjects at my main freelance writing website.